Although Dolby® noise reduction was first used in a home tape unit  a KLH reel to reel deck, the Advent 200 series was the first consumer unit to hit the main stream. The combination of the compact cassette® medium with DuPont Crolyn® chromium dioxide tape and Dolby® noise reduction made audio cassettes into a truly high fidelity medium for the first time. This changed home recording forever, killed 8 track tapes, and changed car audio irreversibly. Here are the Advent cassette decks I’ve owned. 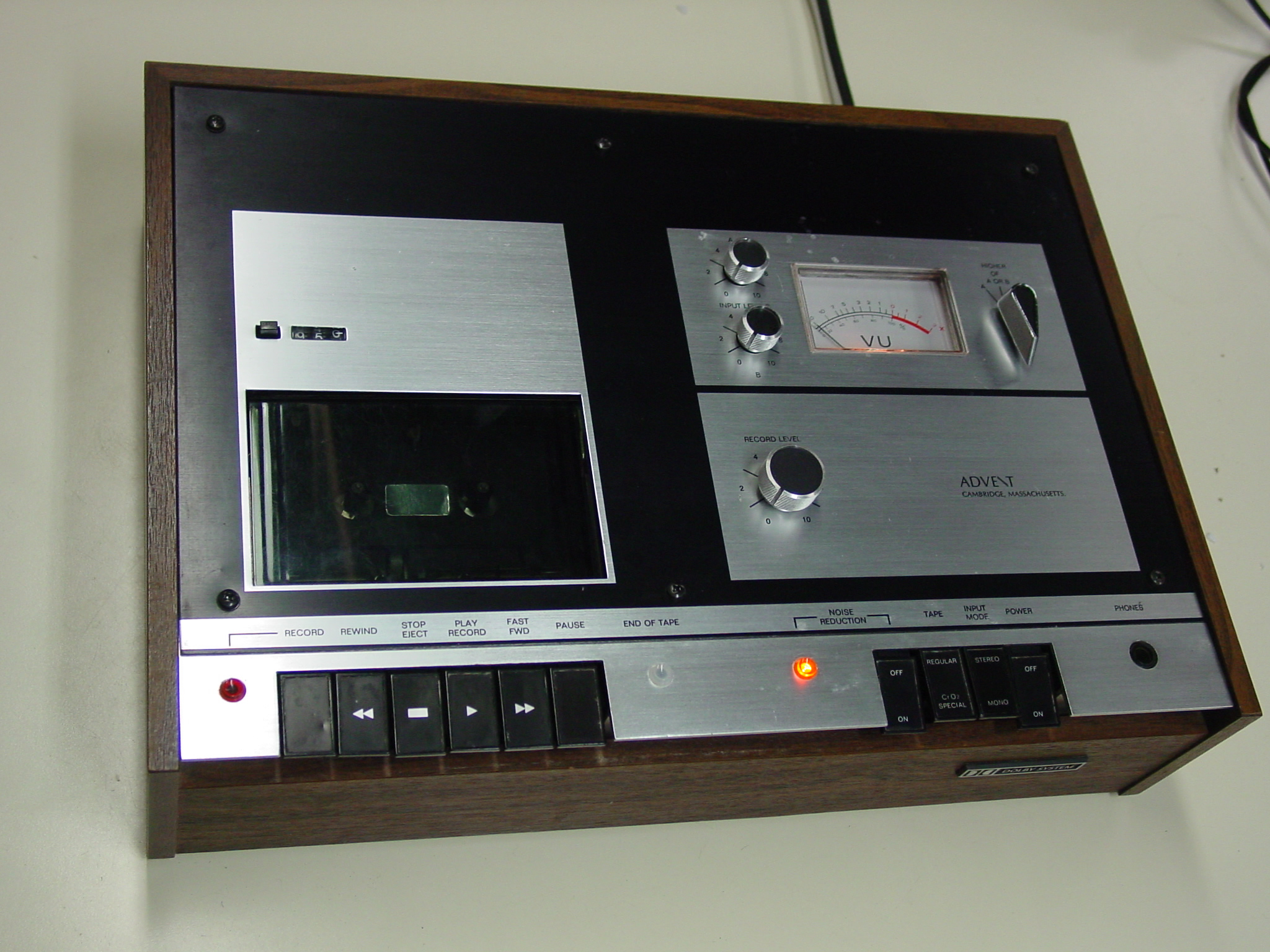 Model 200 – This first model used a Nakamichi transport and electronics. The transport was lightweight but adequate, and the potential of combining Chromium dioxide tape with Dolby® noise reduction was firmly established. This unit had the now familiar meter select switch (A channel, B channel or highest of both), high bias for CrO2 tapes, microphone inputs and a built in record calibration test tone. A few units were sold – then this model was soon replaced by the Model 201.

Model 201 – This model used the 3M/Wollensak tape transport unit. The tape transport was large, heavy and bulletproof! This tape transport was combined with the CrO2 high bias circuitry and Dolby® B type noise reduction, and the rest was history. In typical Advent fashion, this unit had a copy of the schematic diagram on the bottom, and all alignment pots were reachable without removing the unit from the cabinet. Thousands were sold, and audio cassettes were on their way to the mainstream. These models still show up occasionally on Ebay. 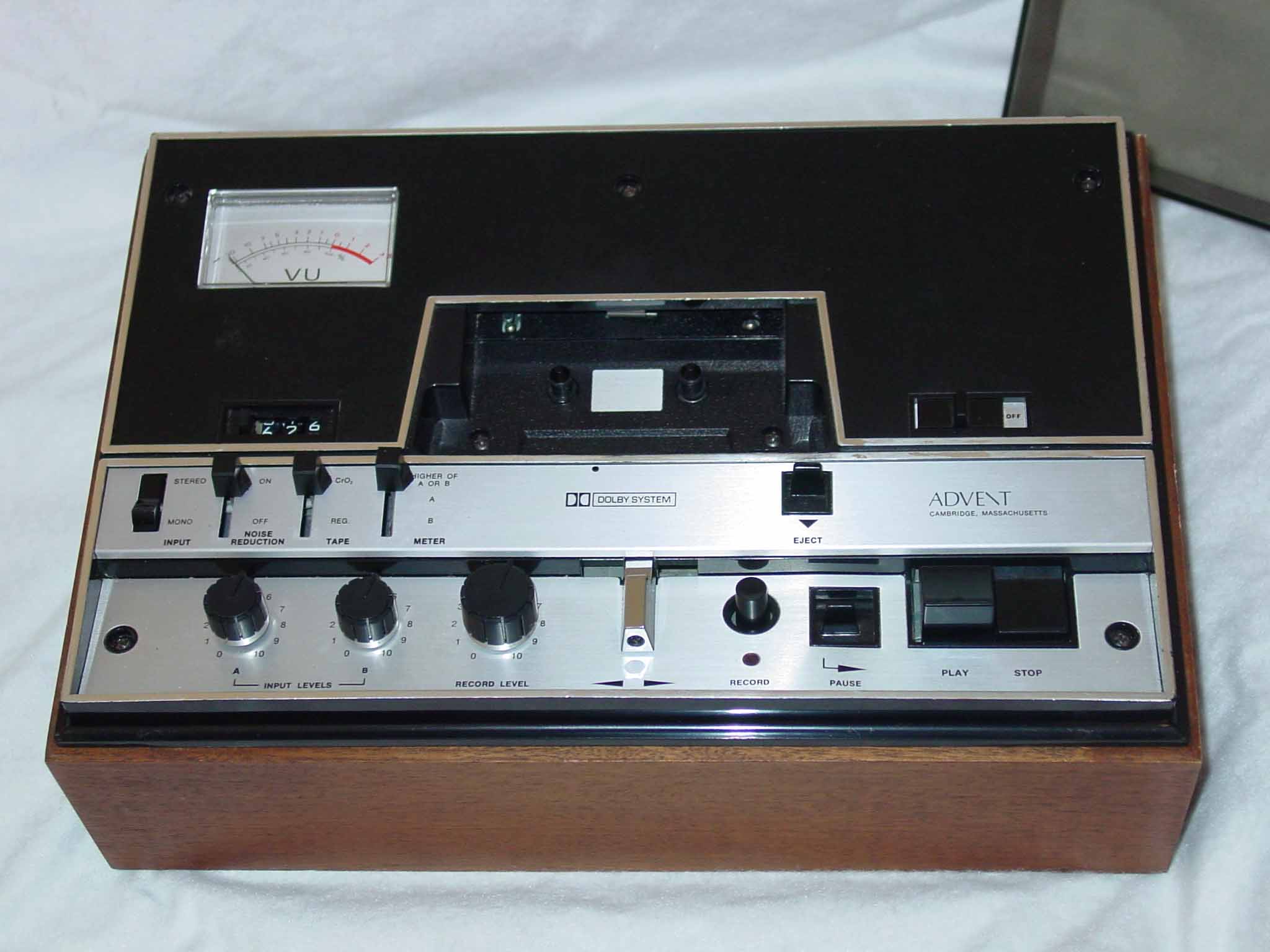 Model 201A – Essentially identical to the classic model 201, but with all black styling. This unit also used a harder ferrite record/playback head, replacing the softer permalloy head. The Schematic diagram is here 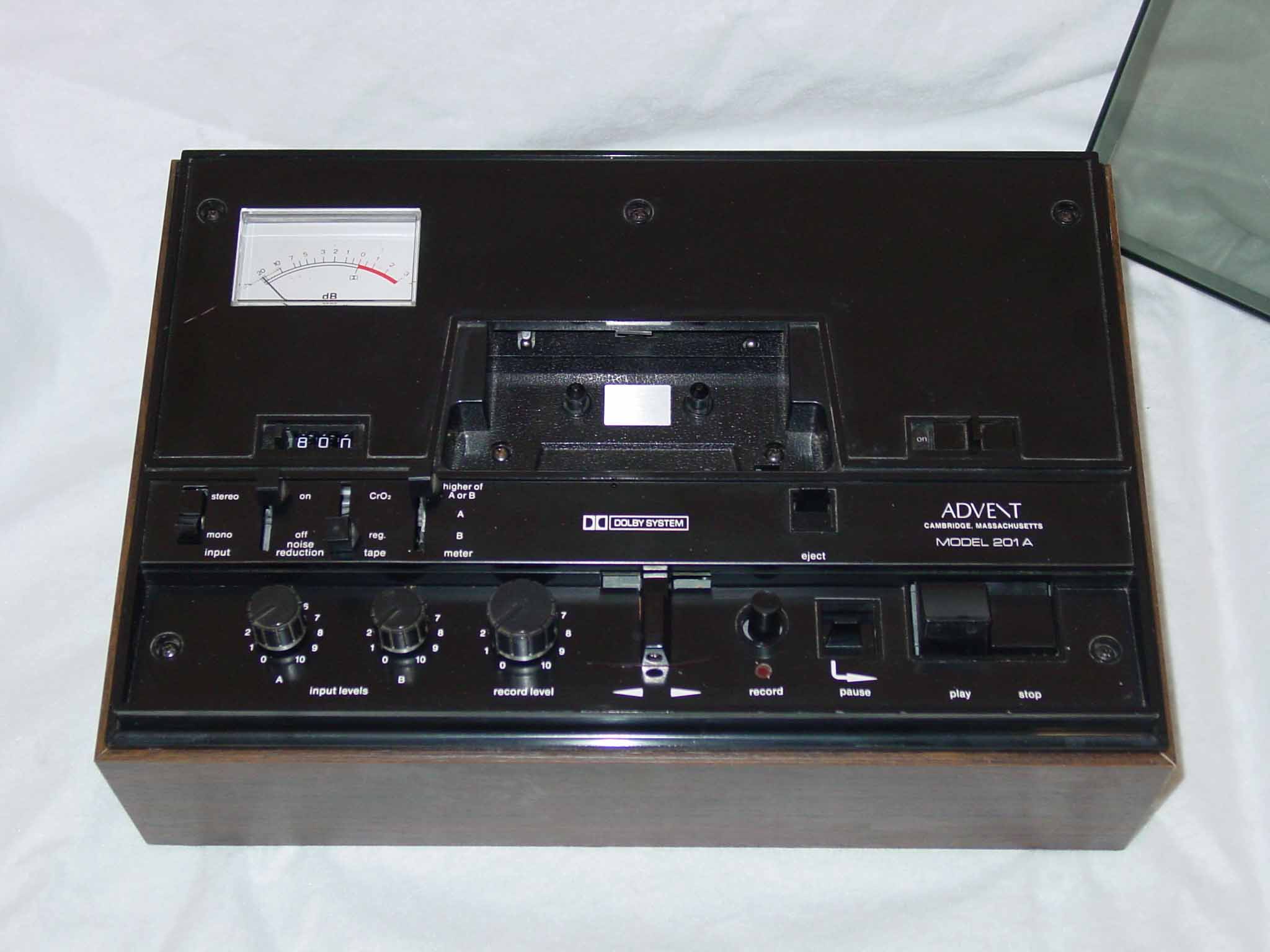 To prove the capability of the cassette as a high fidelity medium, Advent produced the Process CR/70 cassette series. These used CrO2 tape, Dolby® B and specialized recording equipment, and excellent music licensed from record companies.

This is the blank tape that started it all! Chromium Dioxide tape and Dolby B changed everything. 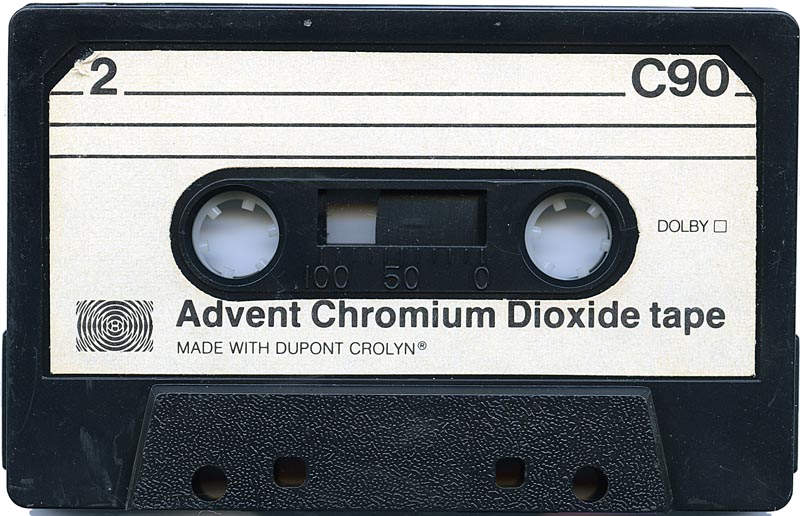