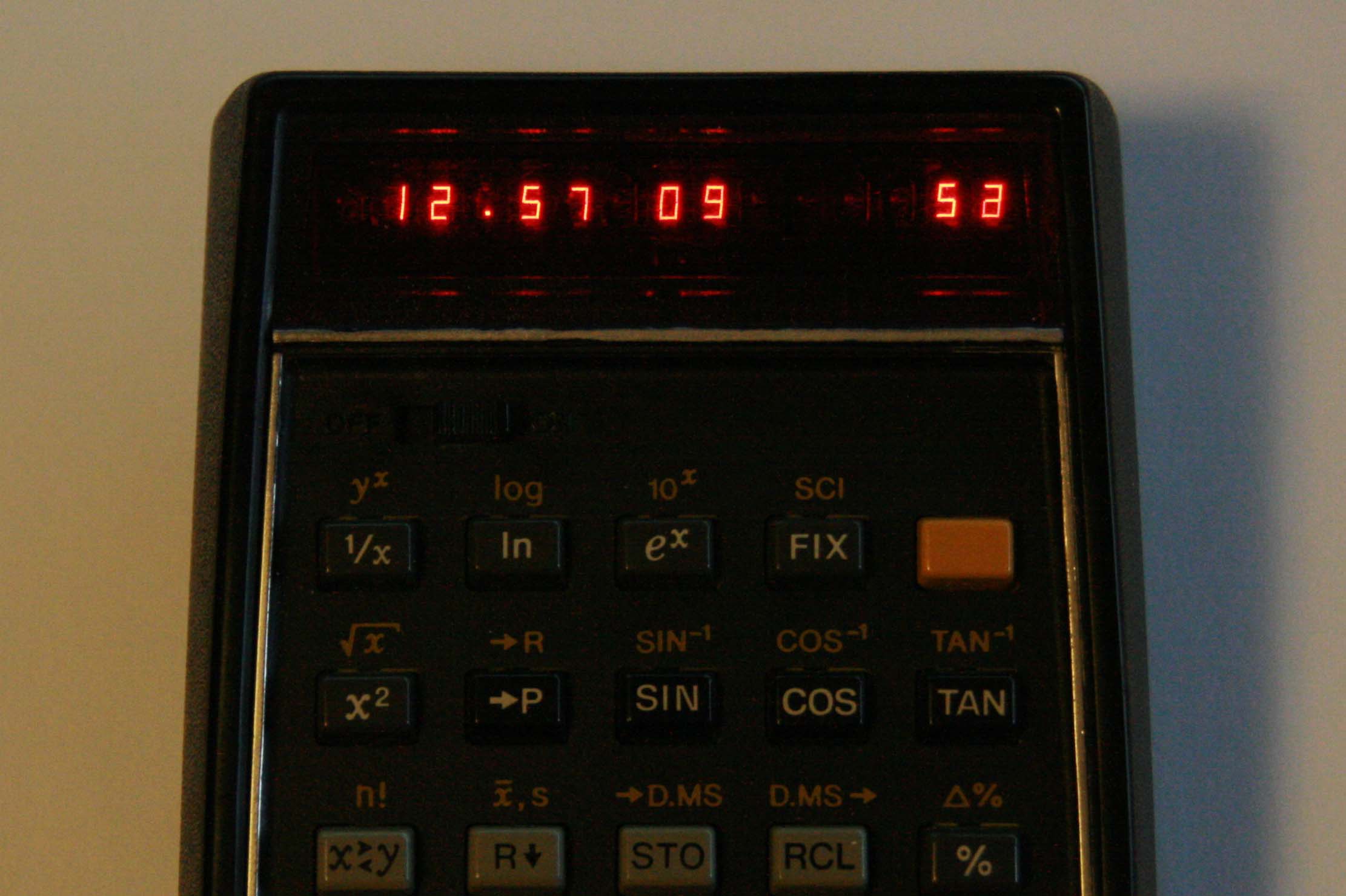 My first real calculator (after my TI SR-50) was an HP-45. Loved it then, and still do. RPN has been the way I’ve approached problems ever since. I’ve always been interested in the timer function, an undocumented feature of the HP-45. There are details on many other fine websites. This feature is described in one of HPs patents, # 4,035,627. I checked into it, and got my calculator into the timer mode. It worked, but was very inaccurate – about 14 % slow. I saw a lot of posts on the web about a crystal modification for this machine, to make the timer more accurate. The crystal mentioned is the one used in the HP-55. The 784 kHz crystal needed for this modification is simply NOT available anywhere. I checked with several manufacturers, and none would even bid to manufacture them! In the above mentioned patent, HP calls for an 800 kHz frequency in their display circuit.

The timer function uses the calculator’s display multiplexing circuit, which is controlled by an LC oscillator. I substituted a MEMS oscillator, which proved to be exteremely accurate. The resulting machine showed a stopwatch accuracy of 1 second drift in 24 hours.

I sell a HP-45 timer modification kit containing complete pictorial instructions, the programmable oscillator, and the modification for the ENTER key. Cost is $40 US. Domestic shipping is $5, International shipping is $15. E-mail me at davidreaton99@gmail.com with “HP 45 ” in the title for purchase instructions. I accept Paypal or money orders. Jan 2023 update: Permanently out of stock.