When I resurrected my old HP-45, I needed a new battery pack. I decided to switch to NiMH batteries, since they have more capacity, last longer, and don’t contain toxic cadmium. I bought an NiMH battery pack on E-Bay and charged it outside the calculator by passing 80 mA of current through it for 24 hours. It worked well. While reading about NiMH batteries, I became aware that they are similar, but not identical to NiCds. NiMH batteries can be subject to overcharging. Therefore, since I didn’t have a ‘smart’ charger, I needed to charge this pack at a slower rate, ending with a ‘trickle’ charge of 10-20 mA. Looking at information on the web about chargers for the HP ‘Classic’ series (HP 35, 45, 55, 65, 57, 80), I found that the calculators were powered by two separate supplies, one to provide 4.2 – 4.4 VDC to run the calculator, and one to provide 60 mA to charge the batteries. Even if I found a charger on E-bay (they were selling for $100 and up!), it would charge the NiMH batteries faster than I’d like. I decided to build my own charger. 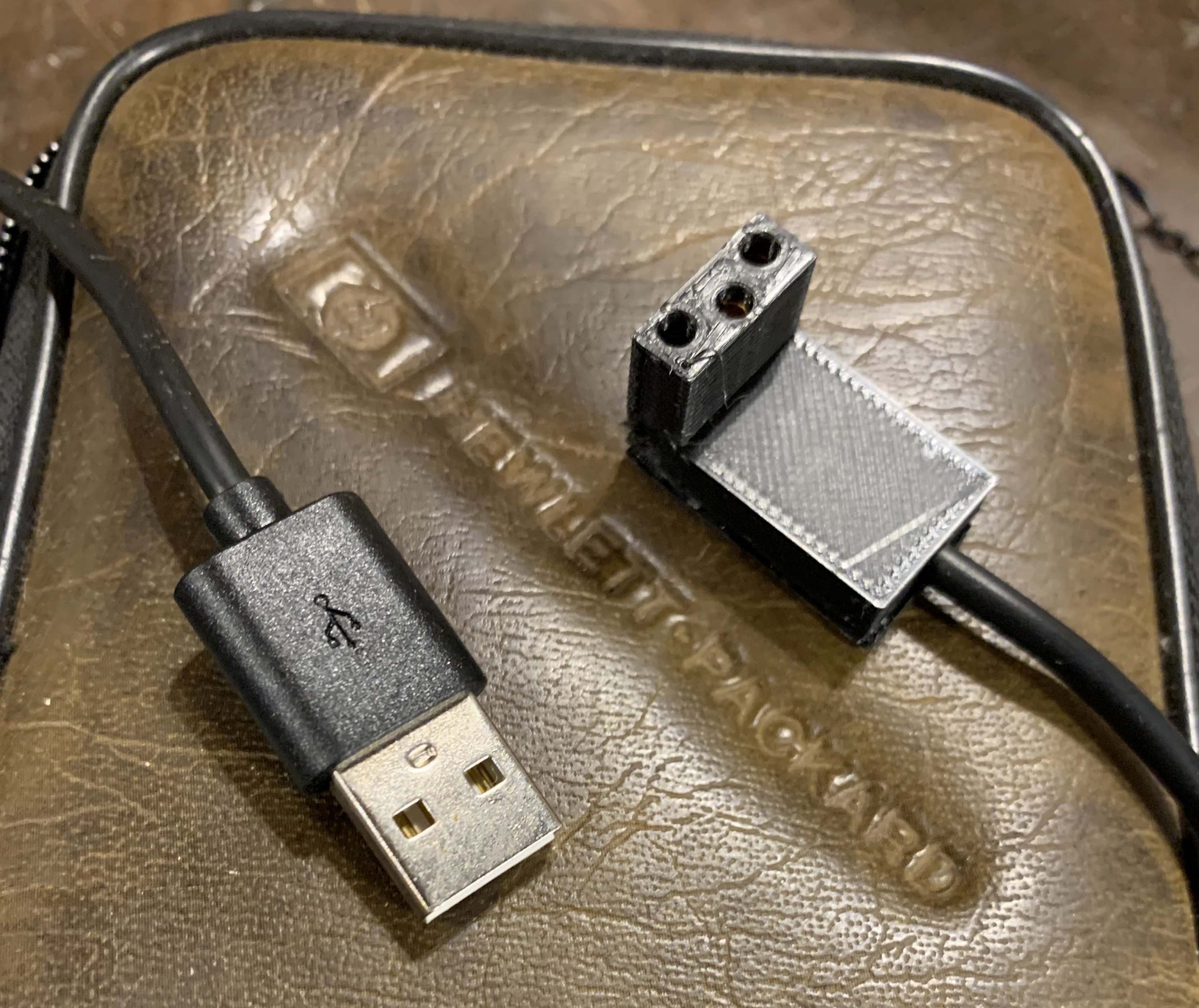 It became apparent that the most difficult portion of the work would not be building the electronics, but building the plug that fits the calculator. This plug is not available commercially. I decided to build one from hobbyist parts. I went through about 6 iterations, until I arrived at the best configuration. This plug fits the calculator well and uses low oxidation, gold plated contacts. I made the power supply, soldered on the plug and it worked well. With the lower charging currents, the batteries take longer to charge from a fully discharged state, but are charged more safely, in my opinion. I suggest a 48 hour initial charge, 3 times longer than the original HP recommendation. Current versions 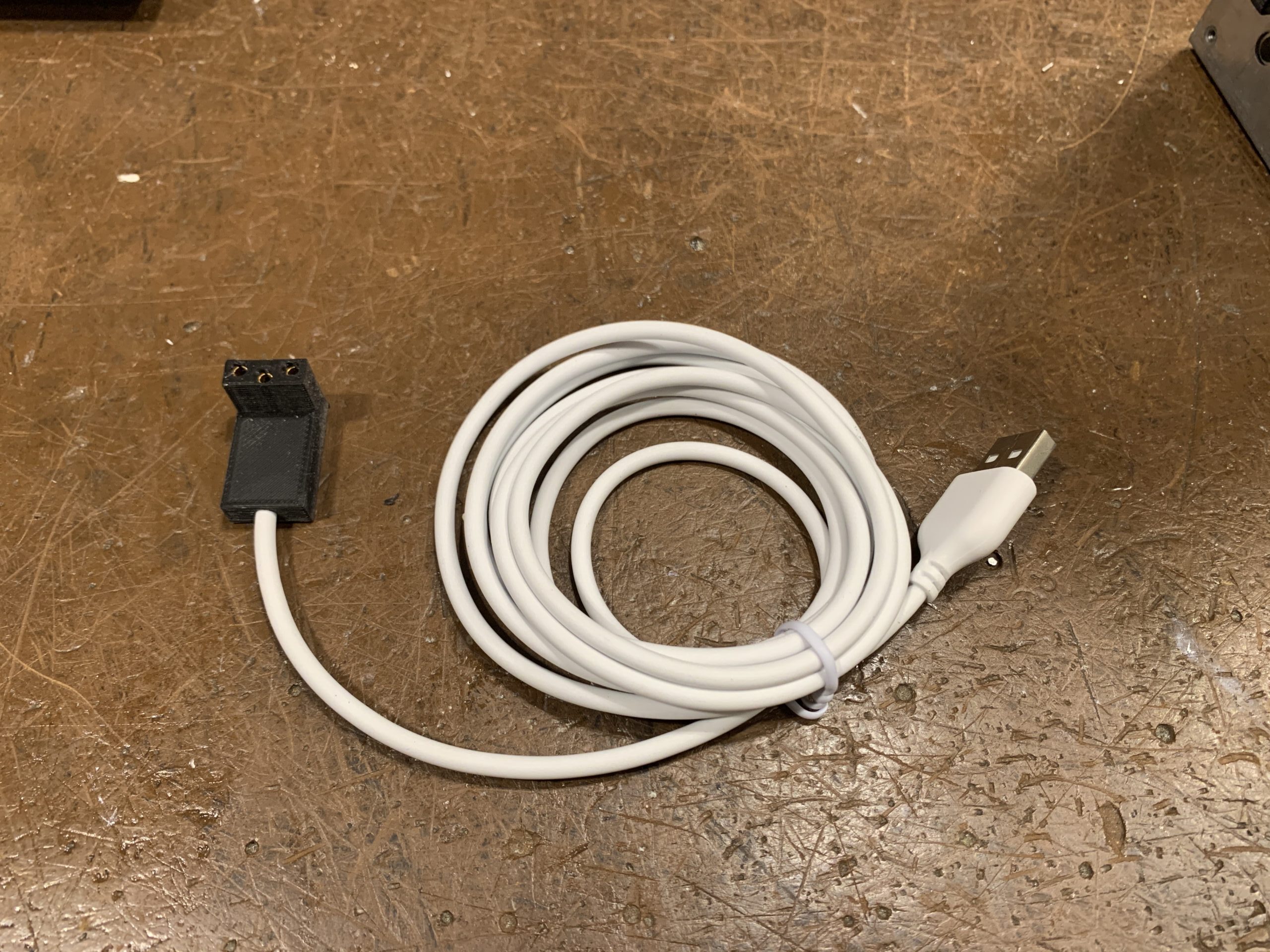 use a 3D printed plug, and use either a black or white cable, depending on supply chain issues.

After this I decided I needed a charger at work, but didn’t want to go through the hassle of building the electronics box again. I decided to use a readily available power source, rated at 5 VDC up to 500 mA – a USB port. I butchered a spare USB cable, used some simple electronics to get 4.3 VDC for the calculator and 30 >> 20 mA to charge the battery. If the battery is fully discharged, the charging current is 70 mA, dropping to 17.5 mA at full charge. This charging cable worked well, and was very handy since USB ports are everywhere, and I didn’t have to lug around the regular charger. This cable is also compatible with NiCd batteries – but will take longer to charge them fully.

I told a few geek friends about this, and they each wanted one of the charging cables. I made a bunch, and sold them to friends. Now I sell them on eBay. The price is $35, plus $3.65 for USPS first class thick envelope shipping. International shipping is $18.95. These are the new 2022 USPS rates. I’ve sold over 250 cables so far – many people are getting back to their HP roots! 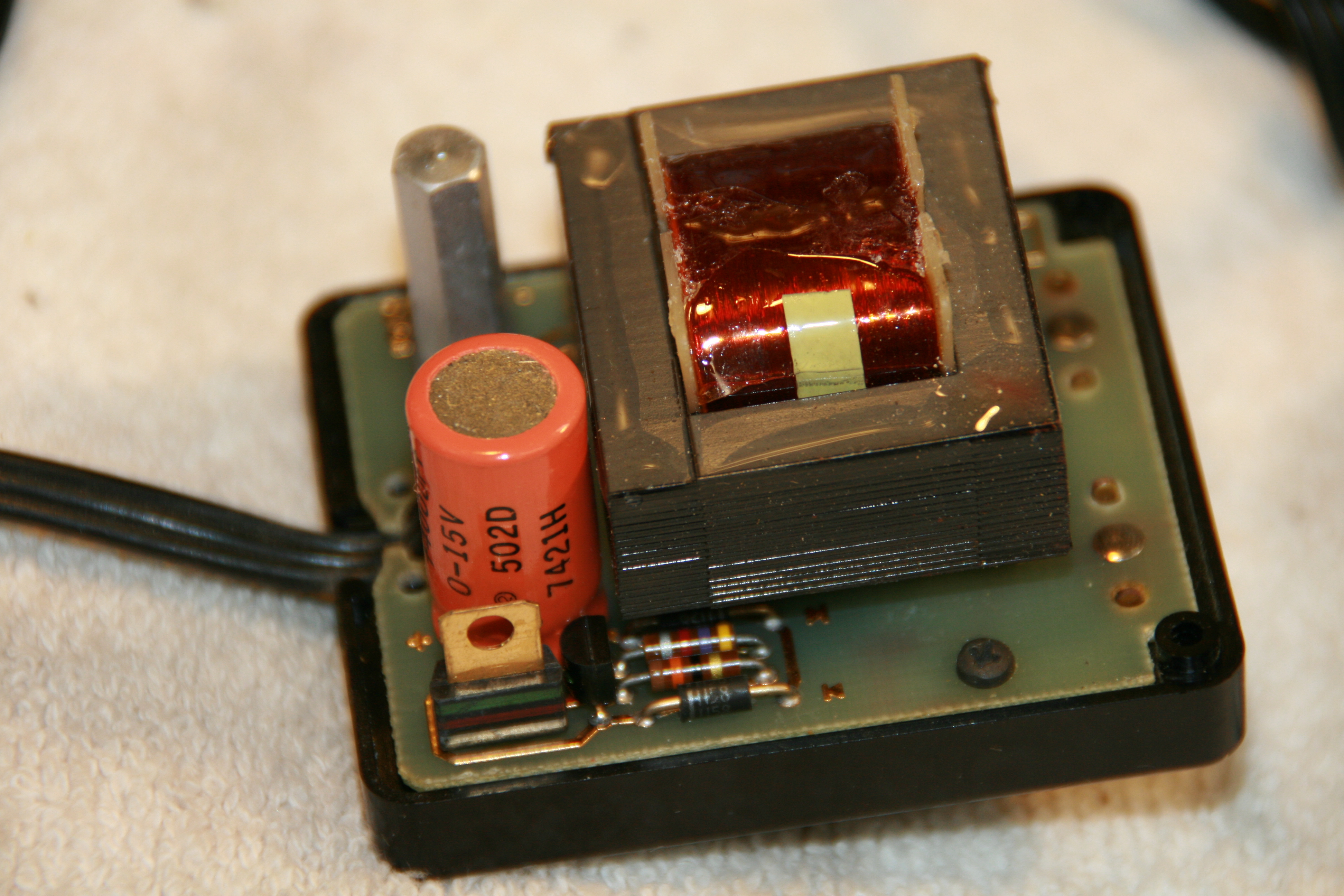 Related to the batteries / chargers – I was curious about the current drawn by my calculators. I removed the batteries, connect an amp meter in series, and checked the current drawn by the machines. I checked with the displays in various states: the default state, decimal point (DP) only, all 8s. I also checked with the calculators running or performing calculations. The table below summarizes my findings.